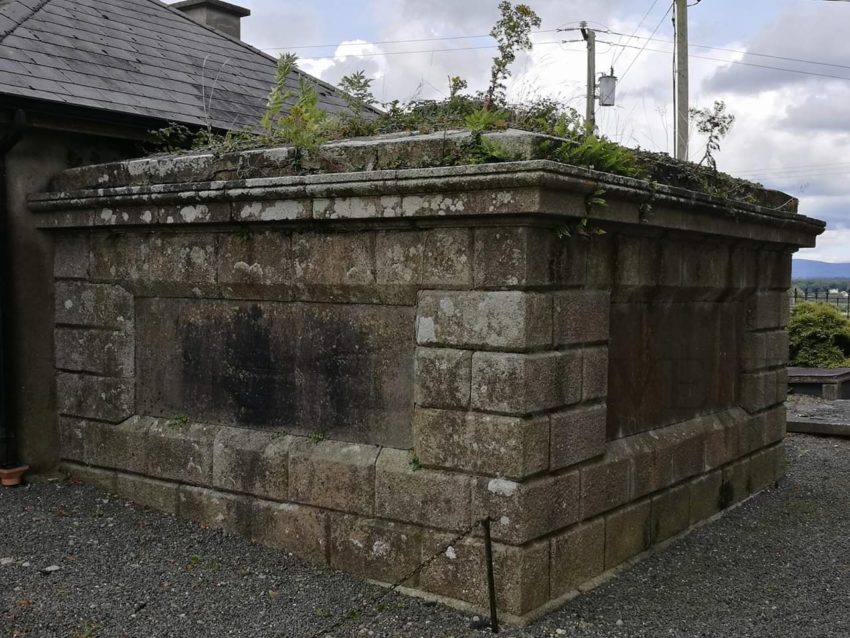 This is third and final article of the Duckett burial ground trilogy.  There are three identified burial grounds of the Duckett family, two are located in Co. Carlow and one in Co. Kildare.  This is the second largest of these burial grounds consists of an enclosed tomb and is located in the graveyard of Rutland Church in the townsland of Rutland, Carlow.  The tomb is made of granite stone and completely enclosed with large inscription plaques on each side, a roof and small door to the rear overlooking the vale of Rutland with Russellstown Park and Duckett’s Grove in the distance.  In this burial tomb lies the remains of William (Dawson) Duckett (1), his wife Harriet Isabel Anne Duckett of Russellstown Park and their eldest son William Duckett Esqr.

“….In private life he enjoyed the friendship and esteem of rich and poor, by who his somewhat unexpected death is sincerely regretted…..”

“….The remains were deposited in a suite of coffins, the outer one being of wallnut wood, draped in black cloth, with the name, age, &c., of deceased engraved on a shield……”