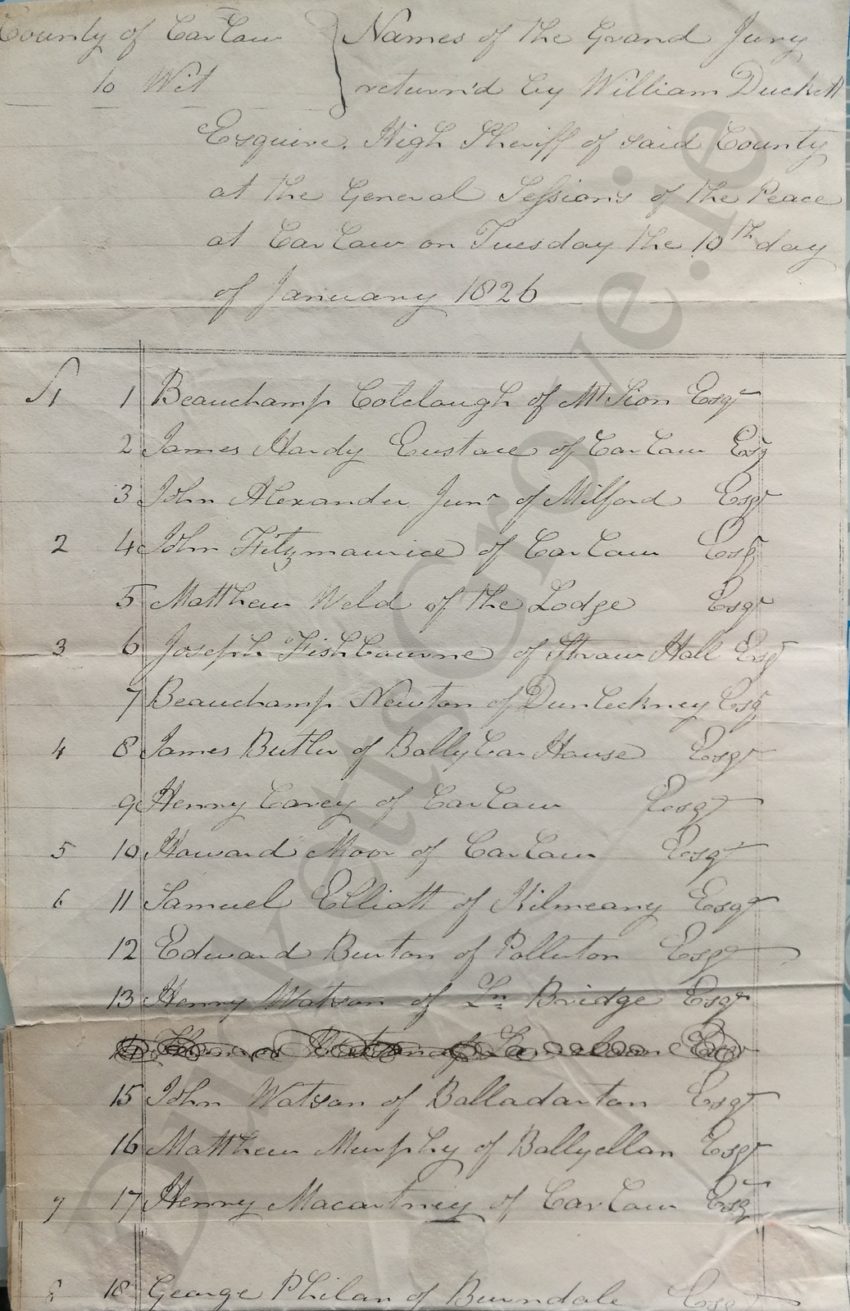 This original document dated 10th January, 1826 names the Grand Jury of 43 men recorded in the handwriting of, and signed by William (Dawson) Duckett (1).  Among the 43 names recorded here are a few luminaries whose names may still resonate with some readers, such as:  John Watson of Kilconnor (founder of the Carlow Hunt and Master of the Hounds for over 60 years),  Walter Gurley from Athy Road (ancestor of the world famous George Bernard Shaw), Thomas Cox of Cox’s Lane, John Scraggs of Scraggs Alley, John Alexander of Milford  and James Hardy Eustace and Beauchamp Colclough.

William (Dawson) Duckett (1) of Russellstown Park (son of William Duckett (2) and Elizabeth Dawson Coates, brother of John (Dawson) Duckett, heir of Duckett’s Grove and uncle of William (Dawson) Duckett (2) last blood heir of Duckett’s Grove) was the first member of the Duckett family to hold a public office post in Carlow.  He was appointed Justice of the Peace and High Sheriff in 1825. In later years both positions were subsequently held by other members of the Duckett family, a testament to their standing in the community.  This document (courtesy of the Pat Purcell Papers) now forms part of the John Sweeney Collection. 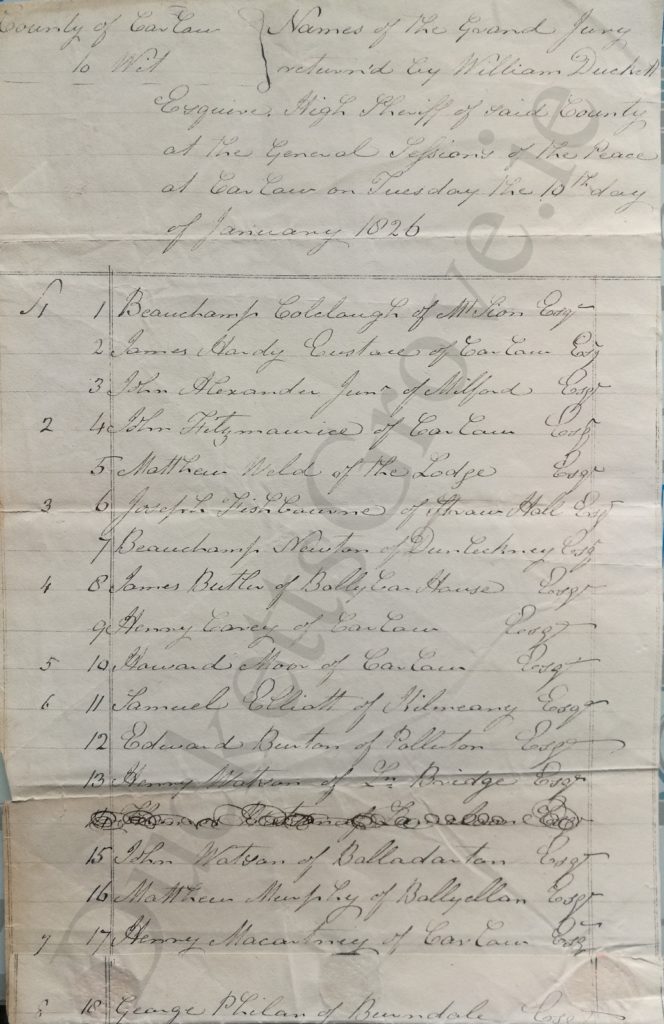 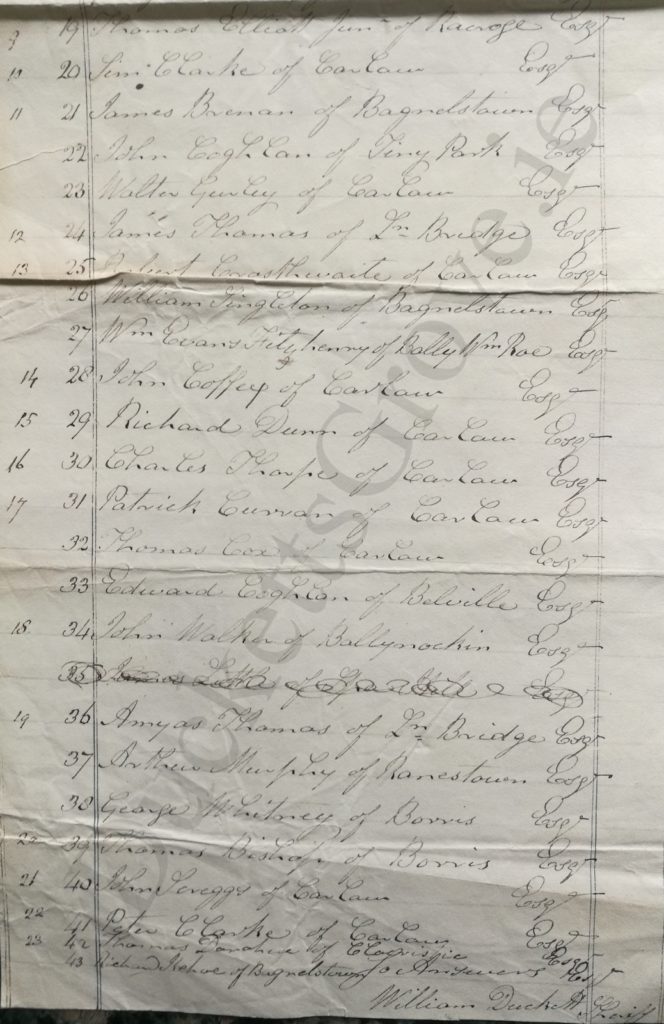