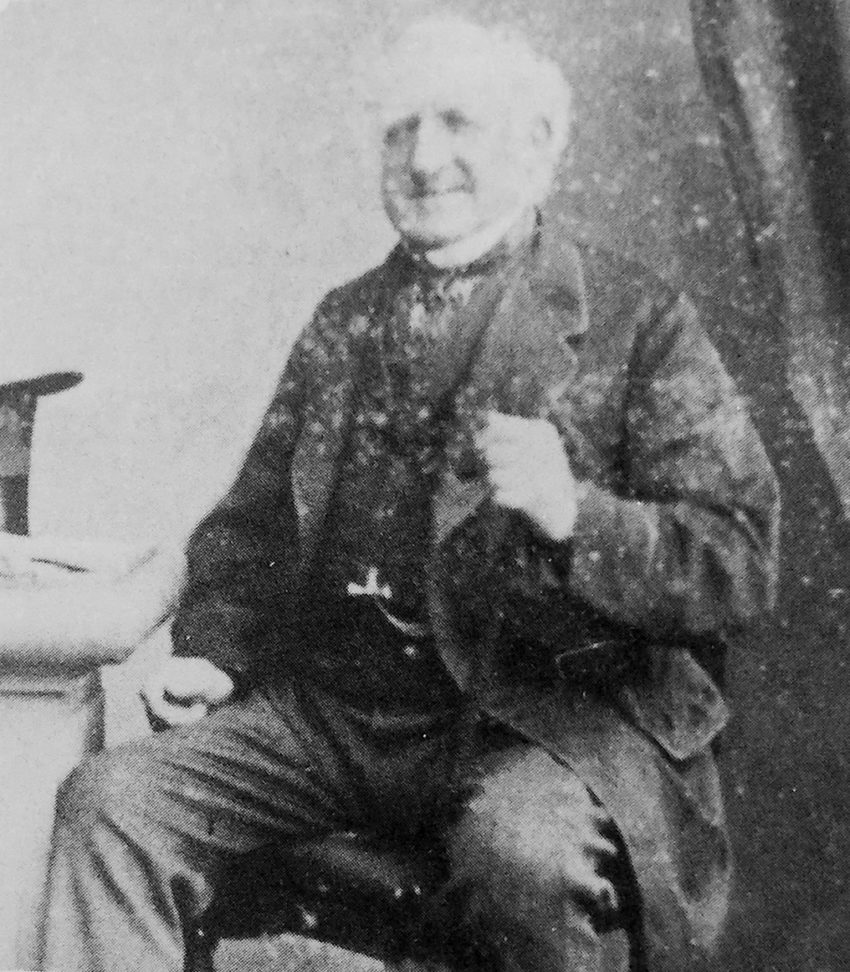 William (Dawson) Duckett (2) was appointed High Sheriff of County Carlow in 1854 and Queens County in 1881.  In 1868 at the age of 46, he married Anna Maria Morony, daughter of Thomas Harrison Morony, of Milltown House, Milltown Malbay, County Clare. The couple had no children and his wife Anna Maria Morony died on 12th May, 1894.  One year later, on 19th November, 1895 at the age of 73 years he married 21 year old Maria Georgina Thomson.

“The remains, which were enclosed in lead and massive oak coffins, were interred in a brick-lined vault in the family burial ground and was carried to and from the hearse by employees wearing crapes, who walked in procession followed by the chief mourners ………..” – The Carlow Sentinel, Saturday, June 27, 1908.

“Verily verily I say on to you he that believeth on me hath everlasting life St. John . VI 47-Acts. XV1.3 “There for being justified by faith we have peace with God true our Lord Jesus Christ.” Romans V 1-3.  “There is therefore now no condemnation to those which are in Christ Jesus who walk not after the flesh but after the spirit” Rom VIII 1-2. “Repent ye for the Kingdom of Heaven is at hand” St . Matt 111.2.   Erected in loving memory by his wife Marie Duckett.