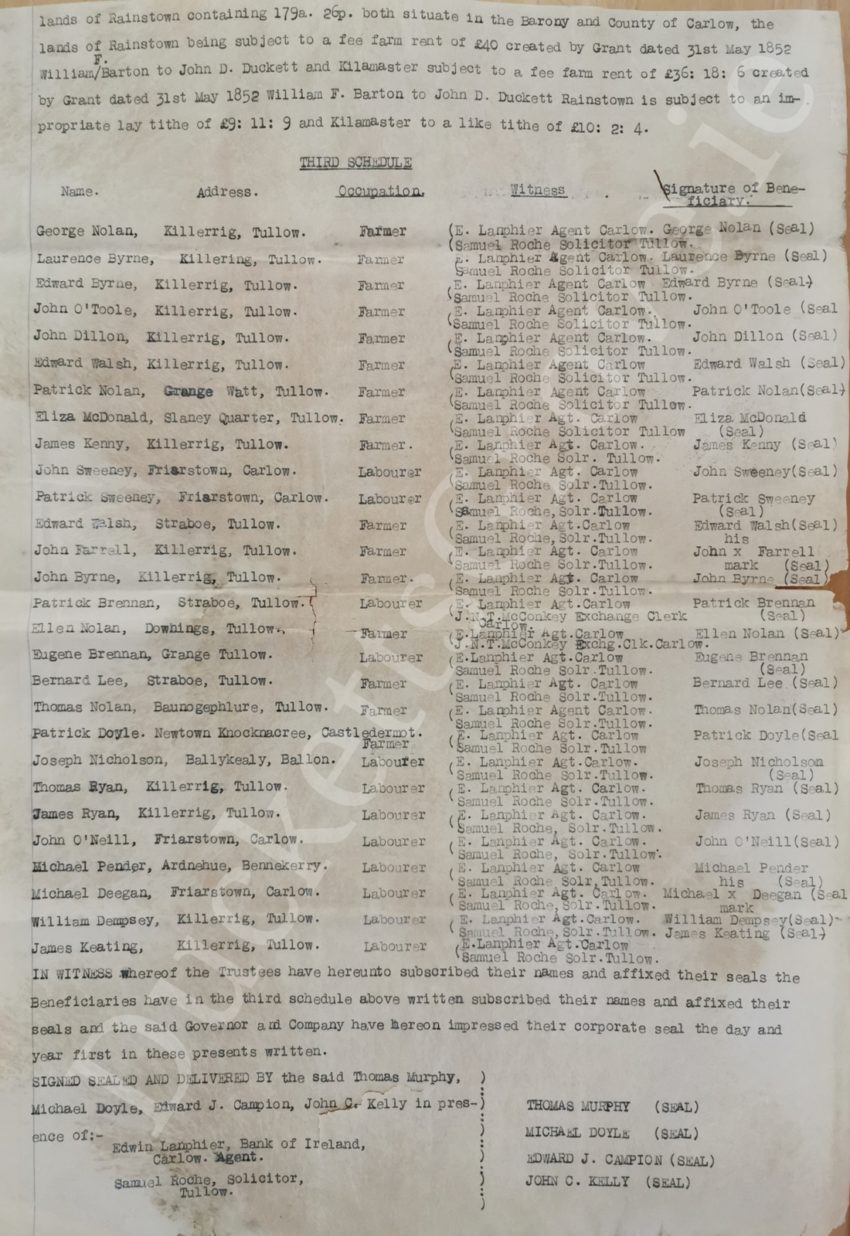 This Indenture was signed, sealed and delivered in the presence of Edwin Lanphier, Bank of Ireland, Carlow (Agent) and Samuel Roche, Solicitor, Tullow, Co. Carlow and “lodged in the Registry of Deeds Dublin at 10 minutes after one o’clock on the 5 day of August 1921 – J. K. Quail A.R.”

After Maria Georgina Duckett left Duckett’s Grove permanently circa 1916 to reside in Dublin, Duckett’s Grove estate was reduced to approximately 1,300 acres as a result of various land acts.  The estate was leased for grazing and tillage until 1922 when it was put under the management of an agent where twenty-eight local farmers and labourers under the umbrella of Duckett’s Grove Land Committee purchased the estate with a £32,000 loan from the Bank of Ireland with a vision of establishing a Forestry College in the Mansion.  By 1925, the farmers and labourers were unable to agree the division of the land and no repayments had been made to the bank.  On June 20th 1925 the bank issued the committee members with a bill for £38,217.18.6 with a threat that legal action would be taken against them.  After approximately two years of negotiations the Land Commission took over the estate, the bank retained the mansion and eleven acres of land which was sold to Fredrick Thompson of Hanover Works for £320.  He demolished some of the outbuildings and the granite was used in the building of the Christian Brothers School in Carlow Town.  The Land Commission cleared the Duckett’s Grove Land Committee bank debt, by 1930 the division of the land was complete and all twenty-eight farmers and labourers re-purchased the landholdings.